Personalized service options allow you to honor your loved ones in a way that is both meaningful and healing. We hope to provide support and caring while delivering memorial services that celebrate life and help families find the peace they deserve.

If you’re seeking an honorable celebration of life, we invite you to learn more about where we came from, our vision, and the dedicated people behind our work.

A History of Caring

In 1908 Maude and George Piper first opened the doors to their new Piper Funeral Home. They quickly became known as a neighborhood funeral home in the growing South Tacoma district. "Offering sincere services at fair prices" was George Piper's motto and the community turned to the Piper family more and more. 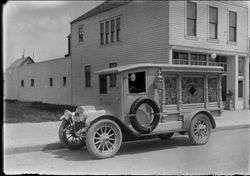 While George Piper was know as a compassionate and kind Funeral Director, Maude Piper was known as a generous and benevolent presence in South Tacoma. Today, her tradition of opening up her home for children on Halloween is still continued. Even today we hear from guests and clients that Maude Piper gave out the biggest candy bars in Tacoma.

In 1984, Fred Morley purchased the Piper Funeral Home and merged it together with his own Morley-Mellinger Funeral Home from the downtown Tacoma area. Choosing to relocate the businesses to the Piper building, he brought with him the traditions and heritage of one of the original funeral homes in the Northwest.

Today, as it was for George and Maude Piper, our services are available to you at any time. Please call upon our Directors if you are in need to see how important tradition is.

Our Staff’s Dedication to Respectful Care

A funeral, or memorial service, should provide family members and loved ones with the chance to reflect, remember, and celebrate a life well-lived. Our goal is to create exceptional services and experiences that fulfill the wishes of your loved one. Our experienced Funeral Directors provide guidance on the crucial first steps toward healing.