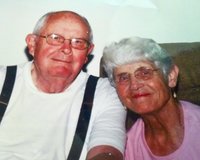 Robert "Bob" Storwick, 87, born June 17, 1931 in Tacoma Washington, went to be with his Lord on November 22, 2018. He was preceded in death by his wife of 55 years Philomena "Minnie" and his daughter Maria. He is survived by his children Genevieve DeNevers, Anthony Storwick, Joseph Storwick, Cecilia Hess and Martin Storwick. 15 grandchildren and 4 great-grandchildren. He was one of a kind and will deeply be missed. A graduate of Bellarmine Prep Bob went on to serve with the Army for 2 years during the Korean Conflict. He attended Seattle University and taught school in Tacoma for 29 years. He enjoyed fishing and was an avid reader. Services will be held on December 7, 2018 at 11am at Visitation Catholic Church 3314 S 58th St, Tacoma, WA. The family would like to thank the staff at Pioneer Place Memory Haven for their dignified, engaging and supportive Care.