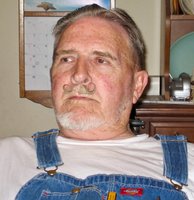 Our father, Tillman "Shorty" Taylor, age 88, passed peacefully on September 8, 2018. Dad was born in Trusville, Alabama. He worked as a foundry worker at an early age and entered the U.S. Army at age 17. His 20 year career included assignments in Virginia, Georgia, Japan, Guam, Germany, Korea, Vietnam, Michigan, and Ft. Lewis, WA. He was a Bronze Star recipient. He met and married our mother, Phyllis while they were both stationed in Yokohama, Japan. They bought their home in South Tacoma in 1958 where they remained, even during Dad's deployments. After retirement from the Army as an E-8, he worked as a laborer for Local Union 252, as an Assistant Apartment Manager at Tahoma Terrace Apartments, and as a grocery bagger at the McChord AFB commissary. He was a member of Portland Avenue Baptist Church and attended Mt. Tahoma Baptist Church. Dad was a handyman's handyman. It seemed there wasn't much he couldn't do.He took immense pride in his yard and stayed active until the last year of his life. He is reunited in heaven with our Mom, his parents, and his seven brothers.He is survived by his Sister, Bessie Mae Nix, daughters Barbara McDonough, Andrea Balzarini (Don) grandson Tim McDonough, granddaughter Hannah Shea, and great-grandson Riley McDonough. We all feel deeply grateful for the sacrifices Dad made, and the knowledge he imparted to each of us. A private memorial will be held at a later date.