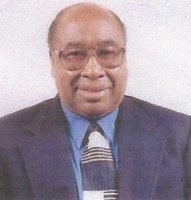 A Time To Be Born.... Deacon Willie C. Gates was born on March 9th, 1931 in Uriah, Alabama; the second youngest son of seven children. His parents were Nelson and Kanjaddie Gates. Raised in a home centered on family, culture, and the love of the Lord, Willie lived by those values to prosper and succeed in life. A Time To Love... Although Deacon Gates was married for 56 years, he survived his wife Mary by 10 years. He is survived by his sister Ruby N. Autrey. Willie was a devoted father of four children: Venessa (deceased), Marvin (deceased), Timothy, and Linda Murrell (husband Patrick). His grandchildren include Kelvin France, Terrance France, Derrick Murrell, Carmen Murrell and a host of great grandchildren, nephews, nieces and other relatives. He spoiled his children, grandchildren, and great grandchildren with love. He passed onto them the values taught to him through his faith in God. His extended family includes all of his friends and his church family. A Time To Grow... Willie was a veteran serving over 30 years with the U.S. Army, attaining the rank of Command Sergeant Major. He fought in two wars while in the service, the Korean War and the Vietnam War. He became actively involved with the church after he retired from the service. Willie was active in the church over 30 years, attending seminary school and becoming a Deacon. In 1995, he became a member of St. Paul Baptist Church under the leadership of Reverend Dr. Curtis J. Haynes. He served the Lord in many roles and positions to include Deacon, State Laymen President, Ebenezer District Association Laymen President, Treasurer, Chairman of the Deacon Board, Sunday School Teacher, and choir member among others. Through his faith, he was a friend to many, a teacher to some, and a mentor to others. A Time To Die.... Having a long and prosperous life, he fulfilled his destiny here on Earth. God called him home into his loving arms on Thursday, October 4th, 2018. *If desired, memorial contributions can be sent to the National Ataxia Foundation.