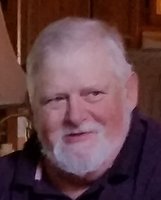 Eddy L. Winchester Entered Into Life : July 18, 1951 Entered Into Rest: May 07, 2018 God saw you were getting tired when getting well was not to be So He closed His arms around you and whispered "Come to me" You didn't deserve what you went through and so He gave you rest. He only takes the best. And when I saw you sleeping so peaceful and free from pain, I could not wish you back to suffer that again. In his lifetime Ed had 9 brothers and sisters George Jr, Fred, Patricia, Virginia, Ronald, Nancy, Peggy, Penny, and Michel He had two daughters of he's own Jerri Lynn and Carrie Ann, with an bonus daughter Hildagard From them he had 10 grandchildren Amanda Marie, Stephanie Agnes, Amber Michelle, Jamie Lynn, Seth Delmar, Kelci Noel, Aspen Joel, Jacob, Isaac, Isabel And 6 Great Grandchildren with one more on the way Elisabeth, Athena, Poseidon, Leeland, Adalyn, Abigail He was born and raised in Tacoma Washington to George and Bessie Winchester July 19, 1951 @ Tacoma General Hospital. He grew up on Tacoma Hill Top in the home stead home that his grandfather built and attended the local schools including Stadium High. He spent most of his life in the Tacoma area until he moved to McKenna Washington in 1996. Acknowledgement The family wishes to express their sincere Gratitude to all those who have supported us during Ed's health struggles and this time of loss.