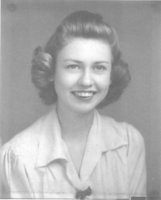 On November 29th, Our beloved mother, grandmother, sister, aunt and friend, Gwenith Marie Weaver-Betenson quietly passed into God's embrace, at Manor Care in Gig Harbor, WA at the age of ninety-three. Gwenith was the third of four children, Born 6/28/1924 in Garland, UT Graduated Bear River High School, in 1942. She studied commercial art at Fresno State College. She was on the AAU swim-teams and during high school, she obtained her life-guard certificate. She learned to fly a plane in the 1940's. She also studied classical violin in high school and earned second chair in the orchestra. During WWII, she was employed as a aircraft riveter. She later worked in Civil service as a clerk typist for the military, a long distance operator, a prep cook for a time and during the 1960's, she worked for Boeing Aircraft. She loved playing the country fiddle with friends and bands from Tacoma to the Dakotas. She loved her family and friends, her music, writing lyrics, camping, the quest to prove or disprove the existence of "Bigfoot". She enjoyed philosophical discussion, dance, swimming, gardening, reading stories about pioneers, science fiction and the study of nature and was always thinking about how to survive difficult times; no doubt from having grown up during the Great Depression. She loved the holidays, particularly Christmas, when the family would gather round her. She explored life with enthusiasm and optimism. She will be deeply missed by all who knew her. Gwenith is survived by her children, Michael R. Hodge, daughter-in-law, Geri of Cedar City, UT; James M. Dalton, daughter-in-law, Janelle of Poulsbo, WA; Daniel E. Weaver, daughter-in-law, Chantelle of Tacoma, WA daughters Catherine Park of Ogden, UT and Susan M. Weaver-Haskell and son-in-law, Merrill of Montesano, WA. She is also survived by 14 grandchildren, several great-grandchildren, nieces, nephews, cousins, and friends. Gwenith is preceded by her parents, Thomas E. and Catherine M. Myers-Betenson, her sister, Hoilynn Mitchell; niece, Marilyn Busby; her brother, Earl H. Betenson, his wife, sister-in-law, Hilma; neice, Kathy Fabre; brother, James Betenson, his wife, sister-in-law, Peggy; grand daughter, Melanie and her youngest son, Dwight V. Weaver. Donations in her name, in lieu of flowers, are encouraged to the American Diabetes Association, The American Cancer Society, The American Heart Association or to the charity of your choice. Graveside Service to be held Tuesday, December 5, 2017 2:00 pm at New Tacoma Cemetery, 9212 Chambers Creek Rd W, University Place, WA.